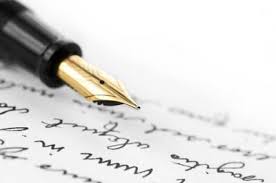 An Email from a pal in the late 90’s was good enough to start a new friendship.
It was a great feeling to see that new email from your pen friend sitting in your mail or inbox waiting for you to find and read it. You read it not once, but again and again going through the lines which your friend from a distant land had written to you. You would then take the time to draft, review, correct and send a crisp and neat reply back. It was important, as the  strength of the friendship bond depended on your very replies.

In those times, pen pals appeared in books, newspaper columns, chat rooms and on pen pal sites and that was good enough for anyone to start and strike a friendship with one whom you found suitable and who shared your some if not all interests. The profile write up was therefore quite important to let others know who you, as a person was, for them to decide and send you that first reply.

The first few reply mails would decide the conversion ratio and  whether the friendship would last or get lost as fast as it had started. But yes, for the persistent types, those who believed in a good genuine friendship did last whereas some got lost over a few months or a years as the communication dried up due to lack of the initial curiosity or both friends getting lost in their work or personal problems.

Some of these pals disappeared into oblivion and it was neither yours nor their fault. I always believed, out there in the world, there are people who get close to you in different periods of time, get friendly, share your joys and sorrows and then leave so as to give the same joy and sharing to others in solitude and pining for friendship. You would have new ones come into your lonely life and the saga continued. In those days, you never thought you would meet any of your pals in person and this thought rarely came to mind, as distant pals were like stars in the sky waiting to give you glow and warmth in your journey of life…

On an ending note, I was fortunate enough to meet a few of my not so distant star pals over a pen palling period of 20 years. 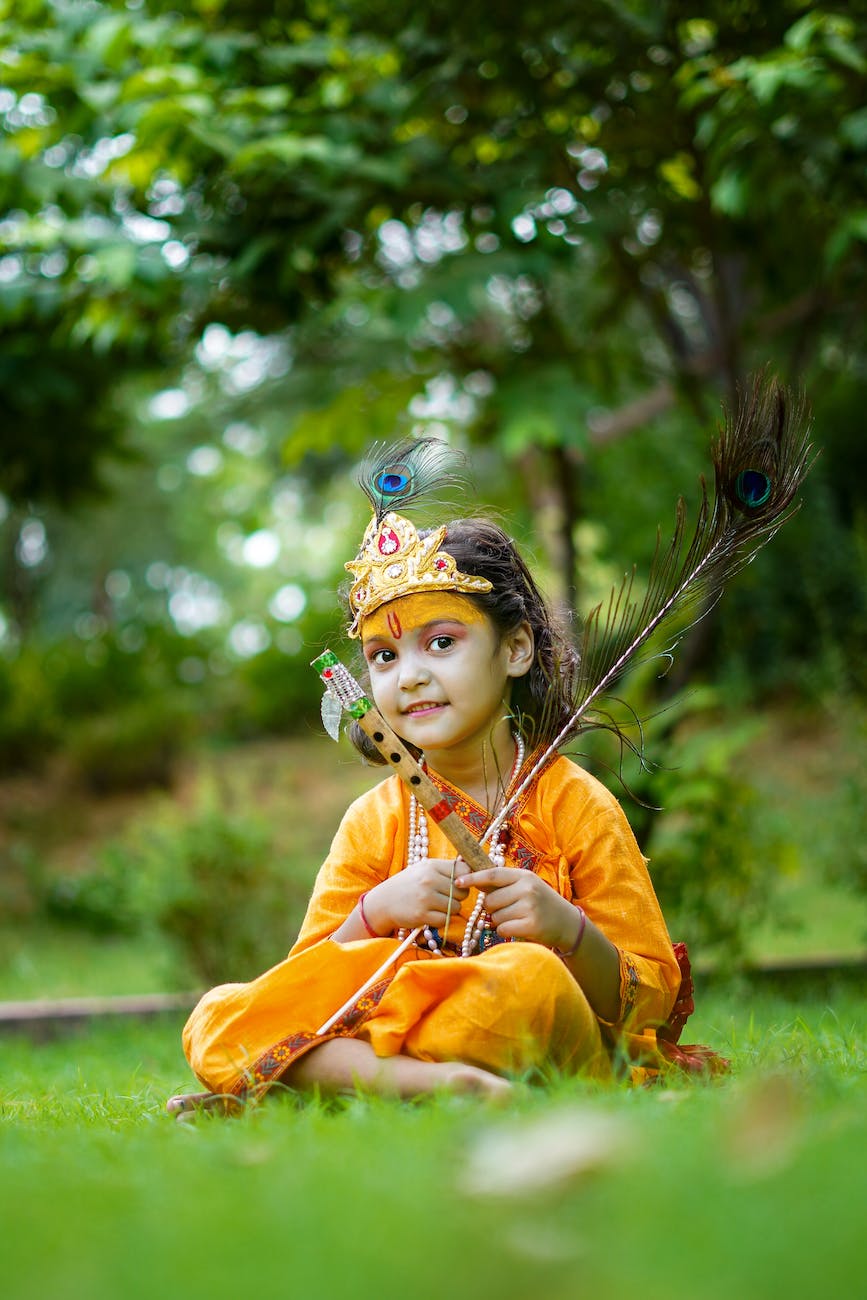 Naina and Saini were classmates at school. Saini was an extrovert and had a lot of friends while Naina, an introvert had a couple of friendships. The few who came into Naina’s lives were taken over slowly into Saini’s circle of friends by his charm and way of talking.

Most of the time Naina was alone. She was tired of such friends who abandoned her and never understood her. She told this to her mother who was always seen praying and talking to Krishna. She also observed that her mother was always happy and cheerful unlike her. Her mother told her why don’t you be friends with krishna. He won’t abandon you like your other friends.

Naina also got into the habit of talking to the Krishna idol at home, bedecked him every morning with flowers and like her mother always assumed that Krishna was always beside her and talked to him often. Whenever she saw something, she would point it out to the invisible friend. Whenever she ate something she took his name in the first bite and surrendered the first morsel to him.

While she was sad, she sulked in bed and talked to him and it went on and on and they became close friends. One fine day as she rode on her bicycle, she felt someone was sitting next to her. Who is it, she asked, why it is me, your Krishna, I thought of coming to school with you. These days her school friends had kept a distance since she was always seen smiling, murmuring to an invisible person. One teacher had even called her parents to consult a psychologist but her mother who had come for the meeting smiled at the teachers observations. How difficult it was to carry on in today’s world if one was in divine company, she thought.

When Naina arrived at the school on the annual sports day , they saw a boy walking with her all the time Naina looked at his funny traditional costume. Now there, Krishna teased her, don’t judge me by my attire. He looked smart no doubt, Naina thought. The teachers inquired about her friend as the boy looked somewhat mysterious but cute. Why he is my friend Krishna who stays with me,she said tightly holding onto his hand. Is he your cousin. No it must be her brother, they were answering their own questions. The school principal also had taken a liking to the young boy while he briefly met them. Everyone was jostling for his attention.

As was his habit, Saini was not to be left behind. A hand fell on Krishna’s shoulder, Hello, this is Saini, can we be friends was how he initiated the conversation. Why not, said a smiling Krishna but on one condition. What is that? Your friends will be my friends too, please introduce them to me. Saini had no other choice but to call all his friends and ask them to stand in a queue. Each of Saini and Naina’s friends stood patiently to meet and greet Naina’s friend. At every handshake of Krishna who was holding Naina’s hand and seeing him smile made each of them die hard fans of Krishna. Like a needle drawn to a magnet, each of them surrounded him and Naina. Saini trying to take control of the proceedings, came closer and said, we will be great friends and tried to take Krishna and the gathering with him. But somehow Krishna stood rooted where Naina stood and only moved when she moved.

He was tired as he could not wean Krishna away from Naina till noon that day. There is always time, he thought. He could offer him some presents, show him his sporting skills. He participated in many events and won many presents and gifted some to Krishna who took one and gave the rest back. The other friends of Naina also coaxed her to request Krishna to accept presents from them. On the whole Naina’s Krishna had transformed and energised the proceedings of the day. Most of the sporting events had got over. There was the elocution event where many participants gave their well rehearsed speech to the joy of others and the teachers.

It was Naina’s turn to give her speech and the title was ‘ Who is My friend’. But she was feeling tired and not well after the overwhelming reception she got the whole day. Moreover the negative speech she had prepared was in contrast to all the love she got, so she along with Krishna went to her English teacher Miss Sati and told that she won’t be contesting. To Sati Miss’s surprise, the smiling Krishna asked if he could speak on behalf of Naina. She looked back at the other judges and the principal who expressed their willingness for Krishna to speak.

Everyone with baited breath looked at the traditionally dressed Krishna climb up the stairs, salute all the teachers present on the dias before bowing down to the crowd of students who were cheering him to start.

Respected teachers and dear friends. I am glad to have got the chance to speak about friendship here as it is one divine relationship that binds each one of us to our friends. True friends acknowledge the strengths and weaknesses of each other. They know what is good, what is right, which is the best time to talk, and to listen. They give and take respect. In friendship, no one is small or big, strong or weak, rich or poor, everyone is at the same level when friends speak to each other. No religion, no country, no position, no birth is a hurdle when true friends speak to each other. Each one is proud of their friend. So then comes the question, who is your friend.

The friend who listens to you in happiness or sorrow is your friend. The friend who guides when you are wrong and steers you when you are on the right path is your friend. A friend who never asks you for support but ignites in you a desire to help is a true one. A friend who loves you for getting known among others is the one you should cherish friendship with. You should not accumulate friends just for numbers sake, for everyone is not fortunate or a king to help in case they need your help. So all of your friends in life fall into several categories. The so called close circle, the outer circle, the peripheral friends and so on. As years go by, some in your closed circle may migrate to the outer circle and periphery and vice versa. But we should keep their memories afresh as they might walk in back and forth in your circles. And to welcome them back into your lives after their worldly rotations, we need good memories, and therefore be a good friend as long you meet for the world is a small place that you keep bumping into your friends time and again and you may not want to shy away because of bad memories. Memories is what we live for and give back to the world… And everyone will cherish and share your memories whether you are here or up there. I will let this speech ring in your minds as in this age, this is the right time to foster great friendships.

Saying this amidst great applause Krishna came down the stairs and left for home with Naina promising her that from now on she too will have a good set of friends so that she won’t have to come to him now and again. When you are grey haired, I will remind you of our friendship and I will come back to your set of close friends…

The short Jasmine and the tall Lily
would talk  daily as they swayed
the gentle wind who would listen
the bright hovering sun who watched
the merciful rain falling to protect.

The moon shining bright every month
lighting them up as they slept unaware
looking over the ever so gentle beauties
blissfully lighting many a human heart
whose scanning eyes would pick them.

I used to invent stories by the day
just to keep her amused and gay
watching her eyes filled with love
were they beautiful I could never say.

On a new year, I missed her in my class
she left me and our school to someplace
with whereabouts unknown she was lost
her imprinted face  memorized forever.

Several years passed, nay a few decades
I saw a woman walk past, a fleeting glance
was it her, I thought, the features so same
I called out her name, just so she could hear
and turn back she did, was it bliss forever…