May the good Lord help me

May the good Lord bless me

The friends ask you to party

You must try this restaurant

The movie is worth seeing

Why haven’t you bought a new vehicle

Is satisfying the senses real happiness?

Aren’t the so called senses the demons?

That shield you from the creator

Who keeps waiting for you

To break the curtain

To see the real Him

After which the senses wither away

And seldom call you to satisfy them

For having walked with the divine

They know they have lost you

While you got lost in the love

Of the one who created you. 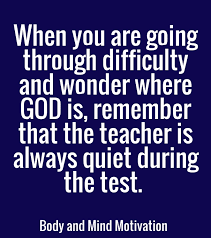 I longed to understand the person they called God
poring over religious texts, I could not understand
somehow, the great personality He was made of
I had questions that one had no clear answers to.

I joined a group who said they will bring verily, Him
close to me, just as I had become very close to them
but then I knew, they were a group like many others
caring only for more members getting added to them.

I went to places of worship with people chanting
who appeared holy, just as He appeared to us all
as we left those sacred places, was I surprised
to see them engrossed in petty chatter and  rant?

I went to those mountains searching for dear Him
on the way, a huge tree fell and barely missed me
In my weary wanderings,  as I got up from sleep
a snake meandered away, how close was I to death.

Then as I continue to trod on, in desolate jungles
thirsting for water and dreading many a beast
whose fearful voices were too close for comfort
was I pleased, to see a pool that appeared as feast?

It was one night when due to lack of moonlight
I stepped on a stone and fell, I not knew where
as I sensed up, I saw a stranger attending to me
Why he cared for me, when God still eluded me?

Why was it, the Great Teacher that He was
fail to appear, putting a halt to my journey?
Holding a peaceful  smile on his lips, He asked
Son, why do you think, He evades you, a seeker?

Just as you care for the kids and pets at home
He keeps a roving eye upon you, all the time.
A tree pauses before it falls, a snake beguiled
a helping hand such as me, send to tend you.

Do not ever think, He  does not see or think of you
He may not always comfort or deliver what you ask
but if it is Him that you ask for and long to be with
He will put a halt one day  to help you attain bliss…

Accumulate blessings not riches
dear love not desperate hate
sweet knowledge not sour ignorance
know yourself not about others.

Know well your nature to correct it
for we all have grey lines of fault
some seldom may point these out
some biding to take advantage of it.

These very flaws minute as they seem
take away our right to dear places
we could have so well reached
for time is a precious commodity
that can seldom be bartered.

Pure thyself by chanting His name
clothe your selves with His stories
illuminate thy self with his glory
when time is ripe for angels to arrive
be the lamp among the lost crowd.

As they take you undisturbed
to a place of peace you barely knew
with gained blessings on your crown
you chance upon His mighty throne
at His tender feet by His loving side.

Where no sorrows can abound
only carefree birds that chirp
the lovely scrolls of your Life
that got etched as you well lived
in times, good, bad and sad.

For each of us has limited time
so as you run around to make a mark
let the mark of blessing be upon you
leave no stone to accumulate it
for in the end it is all what matters.

To Him who holds store of good things
of blessings distributed to the needy
May you add to His cherished stock
as you reach him safe and sound
the ultimate heights you asked for.

Who told the Earth is suffering..How can it suffer when it has so much to offer? Is anybody richer than it? They say we pollute it. How can we pollute it when all that we produce, good, bad or ugly is from its dust? The animals are vanishing while the human race is increasing and their wants exponentially. Why is he never satisfied? What will become of the Earth when the humans become a burden by the dearth of humanity?

These questions when asked by a confused child of a wise man to which he smiled and replied, … Yes dear child, the earth is made up of a lot of dust that was equally proportioned among the animals the trees and the rocks for the comfort of this creature endowed with qualities not gifted to others..but what did he do? He snatched the gifts of the earth, killed the animals, cut the trees and got a major portion of the dust on his side…now he commands the sea, soon to be berefit of the fish..he rules over the grasslands now devoid of grass..He churns out the oil from the depths to fuel his energies..Yes, dear child, he builds weapons of fire that create huge piles of smoke that fall back as dust on him…His wants are never satisfied for he craves and creates new things but don’t you know; they are part of the very same fine substance, yet called dust. It is not the earth that is burdened, it is him who is, from the unfair wealth of dust that he has collected and carries on his shoulders. Each of these grains carry the weight of plunder and devastation..and one day each grain of that dust will cover him and reduce him to nought..unless he repents and make amends for there is nothing bigger than Mother Earth who one day will pull him back into the dust for eternal sleep..for, from dust he was raised and into it, he shall return..

The high winds struck the stricken boat
with only a lone survivor that was me
the torn sails that resembled some flag
the ropes holding on to it now in tatters.

Fresh water was as scarce to get now
like water in the expanse of a desert
my heart came close to my mouth
whenever the boat somersaulted.

No life was in sight anywhere near
save a lone white bird in the distance
was that a friendly albatross circling
checking upon me and giving me hope?

I look up on my rations, my  treasures
how valued  more than pieces of gold
no sight of land or rocks or any ships
how long Lord will I endure this state?

My plight echoed by the crying bird
it kept me company circling for long
my eyes riveted on that hovering giant
how long I know not as I rested below.

Left to my tidbits of biscuit and water
I was to wait till good providence came
patience now a virtue, as was meditation
was I glad to see a ship coming this way?

As  they finally hauled my good self up
a bird that had kept up with a lost sailor
had now vanished in the misty evening
wonder who it was, that gave me hope?